I decided to do a more thorough test of the Canon EF 50mm f/1.8, and the results simply wow me. I may just use this as my daily driver for real.

Here are some photos I took of Metro Manila — the beautiful, the crowded, the vivid. A bustling metropolitan area with over 12 million souls, it offered me the perfect opportunity to capture a few snapshots of its people and its places. 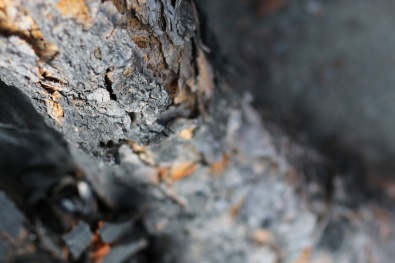 Parks dot the urban centers of the Metro. The balete tree, closeup shown in the bottom picture, is prominent in Philippine culture. It is often said that pale ghosts would be drawn to the balete; stories warn travelers to be respectful of the tree and to refrain from causing it any harm.

The crowded waiting areas for transport buses. Cubao, where this picture was taken, is known as a nexus for commuters. The location services dozens of routes across different means of transportation: the local buses, jeepneys, FX, and even tricycles that make their way through the arteries of the metropolis.

The life of a commuter can be harsh. A recent Waze survey made headlines when the results proclaimed that Manila has the worst traffic in the world. Poor travellers often have to squeeze in with other fellow passengers just to fit their way into the rare bus. I myself have had to literally rub arms and elbows with my bus seatmate just so I could stay upright.

Despite all this, though, Metro Manila is a beautiful, wonderful place. My photos haven’t even scratched the surface yet. I’ll dedicate separate photoshoots for other locations in the Metro, but for now, here is a parting shot of a sari-sari store. Sari-sari literally means ‘variety’ in English, and no where can this be seen more clearly than in the dazzling array of food and snack items that this particular shop offers, and in the colorful character that Metro Manila displays to the world.